In Citadels Card Game, you and your friends will adopt new roles each round to represent the characters you hire in order to help you find gold and erect buildings. The game ends when one of you erects your eighth building. The player with the highest score wins.

You will begin with a number of building cards in your hand. There are different coloured buildings. Purple buildings have a special ability and the other buildings provide benefits when you play certain characters.

Each round plays as follows:

At the end of the game a player can also score bonus points for having eight buildings or buildings of all five colors. 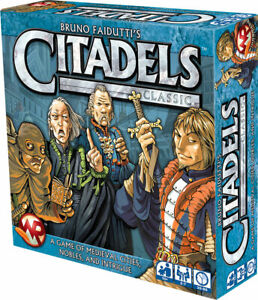 Ebay.com
Citadels Board Game
out of stock
Buy Now 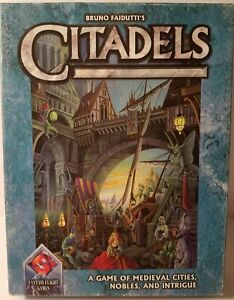 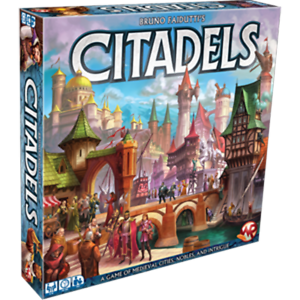 Ebay.com.au
Citadels Board Game
out of stock
Buy Now