7 Wonders Duel is similar to its parent game 7 Wonders where over three ages players purchase cards that provide resources or progress their military or scientific development to build a civilization and complete wonders.

7 Wonders Duel, however, is a game for two players.  At the start of a round, players do the following:

Each player starts with four wonder cards. The construction of a wonder provides its owner with a special ability. Only seven wonders can be built.

Players can buy resources at any time from the bank, or they can gain cards during the game that provide them with resources for future building.

As you buy resources, the cost for those particular resources will increase for your opponent, representing your dominance in this area.

A player can win 7 Wonders Duel in one of three ways:

7 Wonders Duel in about 3 Minutes 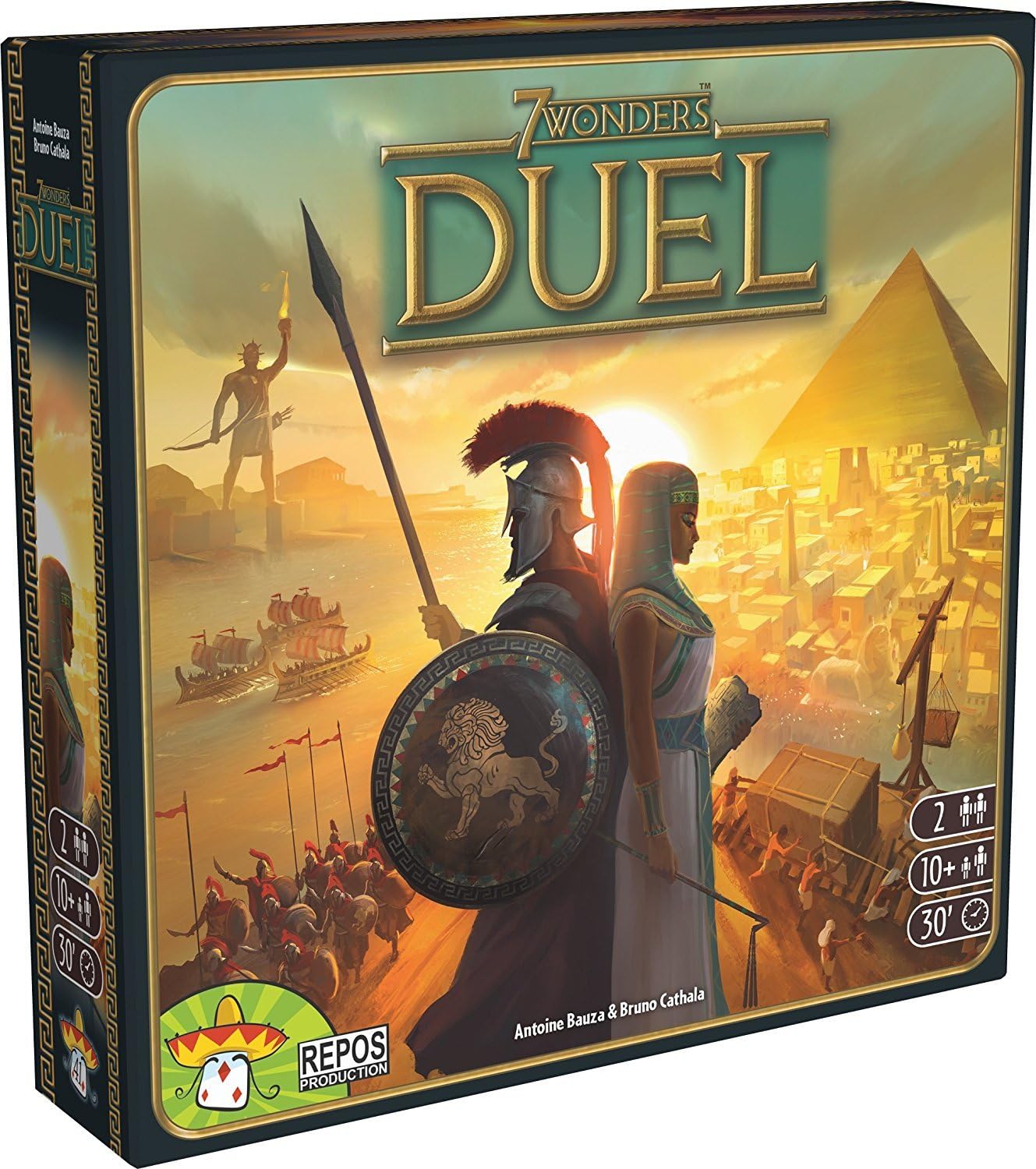 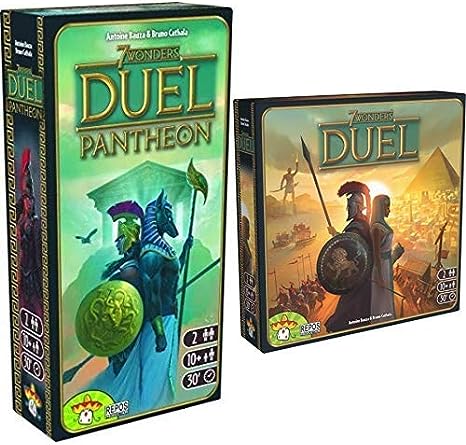 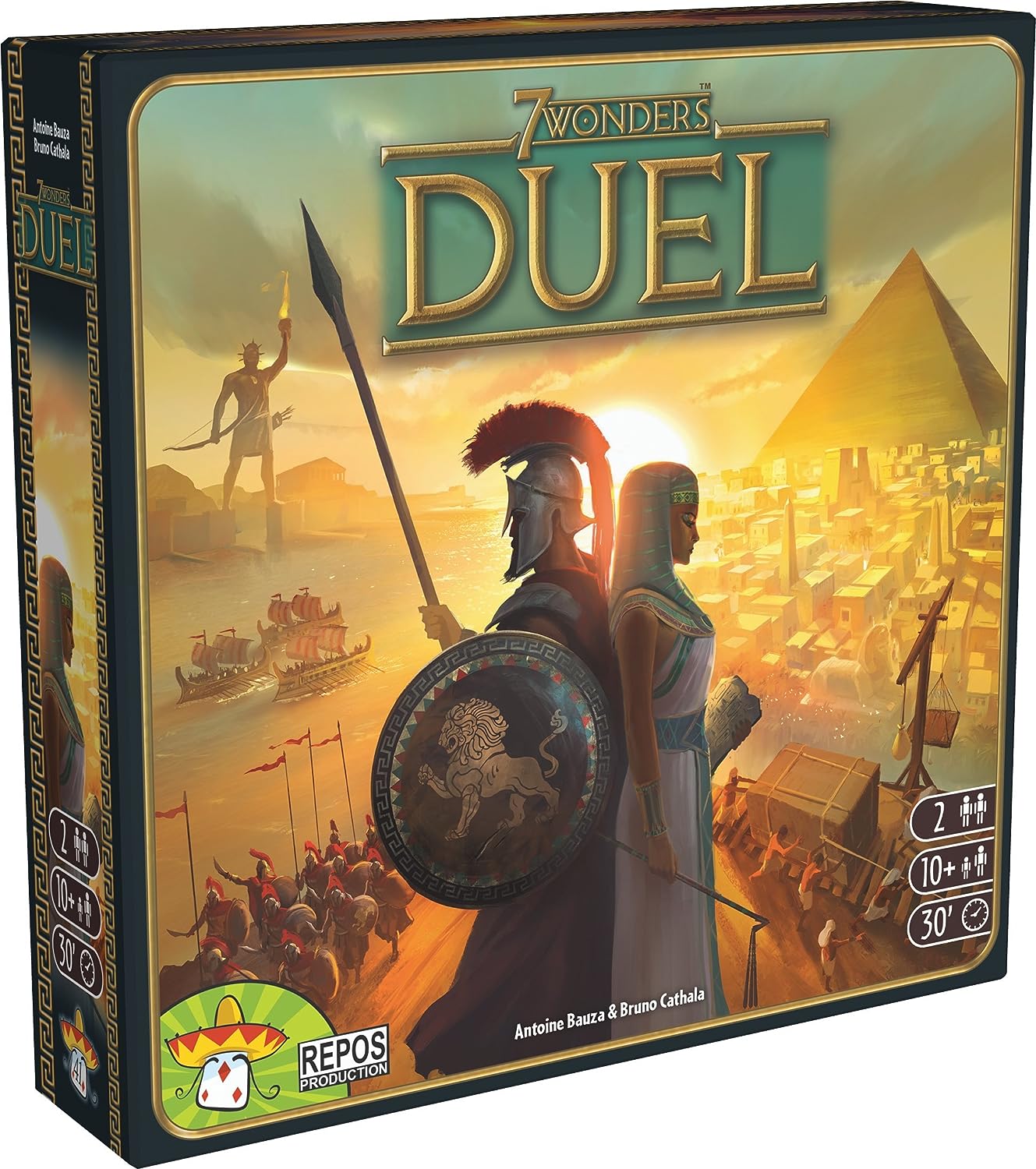