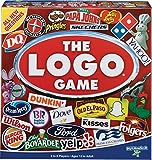 The team with the youngest player plays first. The oldest player from the other team becomes the Question Master for the first turn.

Throughout the game, people from the non-playing team take turns at being the Question Master.

If answered correctly, the playing team immediately moves to the first purple space on the board.

The Question Master goes on to ask the team the remaining questions on the card. Each time a question is correctly answered, they move forward to the next space that matches the colour of the question.

Once the team has answered the fourth red question correctly and have moved to the next red space, their turn is over and the card is put into the other end of the tray.

If the playing team gets a question wrong, the Question Master asks the same question to the other members of their own team.
If they get it right they win a bonus move to the next space on the board that matches the question colour.
If they answer the question incorrectly, the answer is then read out to both teams.
The Question Master then asks the next question to the original playing teams and continues play as above until all questions on the card have been asked. This ends the turn and the team’s swap roles for the next turn.

When a team gets a question right and they are near the winning zone, and there are no spaces left on the path that match the question’s colour, the team moves onto the winning zone where they stay for the rest of the game. The team continues their turn if any questions remain on their card after they enter the winning zone.

If a team is the first to move onto the Winning Zone they must correctly answer either two consecutive questions or a red question to win.

To win The Logo Game, you or your team need to answer two consecutive questions or a red question in the Winning Zone.