Want to play Catan with 5-6 players instead of just 4? Wished you could play Catan with 2 players? Like the game but wished it provided more gameplay depth? There are various Catan Expansions and standalone editions that address your Catan game needs. This article gives you an overview what each of them are about. 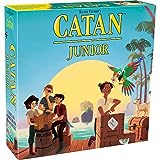 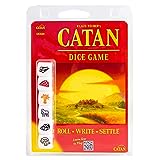 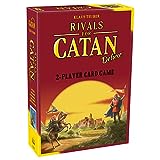 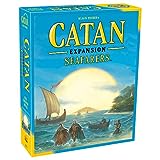 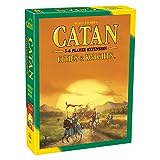 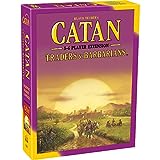 Help! I love Catan but can I play Catan with 5 or more players?

Yes you can! the Catan 5 to 6 player extension provides you with the tools to let you play the game that you love with 5 or more people.

Allows you to add up to two more opponents to The Settlers of Catan. The only change in the rules is that there is a building round at the end of each turn in which any player can build.

Belongs to the Catan Series.

Can I play Catan with 2 players?

Base game Catan is meant for at least 3 players. These standalone editions allow you to enjoy the game with just 2 players.

STRATEGY CARD GAME: Build your domain to best your Rival. Rivals for CATAN puts you in charge of one of the two factions developing newly-settled CATAN. Use your unique card mix to create your own principality. Explore and settle new lands. Acquire resources through card play and the luck of the dice. FUN ADVENTURE CARD GAME: Use gold, resource combinations, and trade to develop your domain. Expand your settlements and cities, recruit heroes, and defend your lands through politics, invention, and intrigue. Use your cunning! Become prince of CATAN! RIVALS FOR CATAN OFFERS MULTIPLE EXPANSIONS: Continue exploring the ever-mysterious and fantastic land of CATAN by trying the Rivals for CATAN Expansions (Note: Expansions require the Rivals for CATAN base card game). EASY TO LEARN AND COUNTLESS REPLAYABILITY: This fast-paced card game offers subtle card interaction and deck manipulation strategies that will make the game never the same. NUMBER OF PLAYERS AND AVERAGE PLAYTIME: This casual card game is the best way for 2 players to settle and develop the ever-mysterious and fantastic land of CATAN. Perfect for couples, families, or any pair of friends who want to explore CATAN. The average playtime is 45-60 minutes.

CATAN dice game also lets you build settlements, roads, cities, and knights. Building here doesn't mean putting wooden or plastic game pieces on a board. Every player gets a sheet with a smaller version of Catan. Fill in the symbols for roads, knights, settlements, and cities.

It costs the same amount of resources to build a road, settlement, or city as in the big brother version, but the way you get them is entirely different.

During your turn, you may roll up to three special dice. Depending on how the dice roll, you may either set aside part of the dice or reroll all dice.

CATAN's resources are depicted on each side of a die: brick, lumber, wool, grain, ore, or gold.

When building, you must also follow certain rules.
The first road in the game is already built at the start. From this road, you build more roads. Points are awarded for each road built. In order to build settlements and cities, you must build them from low to high points. The points for building a settlement increase from 3 to 11, and the points for building a city even rise from 7 to 30.

In your sheet, you enter your points in one of the 15 boxes. After each player has completed 15 turns, the game ends. Winner is the player with the highest score.

Want to introduce the Catan game to your young kids? The Catan Junior edition helps you share the world of Catan to your children.

Families with children ages 6 and up will find Catan Junior to be quite different. Here, there are no settlers. Players assume the role of pirates who build their hideouts - called pirates' lairs - all over the islands, setting sail to find new places to build more lairs.

There are many basic elements from the CATAN base game in CATAN Junior, but they are given different names based on the theme: pirates' lairs are built adjacent to islands, resulting in resource tiles if the islands' numbers are rolled.The resource tiles depict gold, goats, wood, molasses, and cutlasses.

A new ship is launched with wood and wool from goats. In addition to wood and wool, you will also need molasses and a cutlass to build a pirate's lair.

CATAN Junior's die-cut resource tiles are very handy for children, since unlike the CATAN game for adults, the players do not have to hold cards, but can place the resource tiles in front of them instead. It is also possible to play CATAN Junior with two players.

I want a bigger CATAN island!

Think that the world of Catan is too small? Check out these expansions to the base game that add other elements to your Catan world. These expansions require the Catan base game and combined with one another to broaden gameplay.

Part of the Catan Series. This game requires Catan Base game.

A group of bold seafaring settlers explores and tame the wild, uncharted Isles of Catan in Catan Seafarers. The games take you to new lands and seas.

Create new sea lanes and settle newly discovered islands. There's tons of new scenarios to explore in the game. You might even discover the precious gold fields - a very valuable new terrain.

This expansion adds several new features to Catan, but the two most notable ones are knights to protect the land from invading barbarians, and city improvements that benefit the city's owner. This increases the complexity of the game and the length of the game.

The game changes the base game in three main ways:

The game introduces three new commodities: paper, cloth, and coins, which can be acquired from Forest, Meadow, and Mountain spaces, respectively. Instead of producing two of one of those resources, cities produce one resource and one commodity.

The deck of development cards is replaced by three different decks, each representing a commodity. With every roll of the dice, players get a chance to draw these cards. Improvements will increase these chances, but cards can't be bought directly. Basically, they're development cards, but with a broader range of effects.

Traders & Barbarians is distributed as the third major expansion for The Settlers of Catan, although it is actually a compilation of small expansions and variants. It is independent of the Seafarers and Cities & Knights expansions, but can be combined with them.

A Campaign with Five Scenarios
The "Fishermen of Catan" discover how fishing not only enhances the menu, but also opens up new tactical options.

In the second scenario, "The Rivers of Catan," the rivers prove to be lifelines. You can easily make a fortune building roads and settlements adjacent to rivers.

An oasis has been settled by nomads in the third scenario. The caravans are sent out to barter for wool and grain, since they are short of these resources. Everybody wants to profit from the "Caravans," but it isn't that easy to send the caravans to one's own settlement.

Catan's wealth is not overlooked. Catan's coasts are soon attacked by the "Barbarian Attack." The Catanians must now close ranks and train knights. As the knights prepare for battle, they do so not entirely selflessly, since each barbarian captured is worth half a victory point.

A final scenario is titled "Traders & Barbarians." It's time to repair the damage caused by the barbarians. Eventually, Catan's roads and paths are bustling with baggage trains carrying marble, glass, sand, and tools to the castle, glassworks, and marble quarry. Upon successfully completing a delivery, you will receive a victory point and gold. A few scattered barbarians interrupt the smooth flow of the transports, unfortunately.

These standalone games adopt Catan gameplay elements but are based on different themes.

America is expanding west in the 19th Century. Westward expansion brings settlers seeking new lives and opportunities.
The number of cities is growing like mushrooms. New railroads were needed to transport vital goods between these new cities because of their distances. Great wealth is created when trails become rails.
Many people head west in search of adventure, others to start a new life, and still others in search of work. As the population grows, resources will dwindle, and smart money will look for new markets and sources.
First to deliver 8 goods to your opponents' cities wins the game and you fulfill your manifest destiny as the greatest pioneer of the era

Through a mysterious wormhole, two Catan Starfarers are thrown into an unknown galaxy. In a seemingly hopeless situation, the brave explorers are lost, dazed, and unable to find their way home. In exchange for meeting the high standards for entry into the Galactic Advisory Council, these friendly aliens offer them limited aid and guide them home.

Now you can take the role of a Starfarer and daringly brave the unknown reaches of space! Perform missions of mercy, rescues, and interventions all while improving and preparing your Starship for the journey home while battling dastardly pirates, exploring and colonizing new worlds, striking crucial trade agreements, and exploring new worlds.

You will learn the way home if you work hard, choose your course carefully, and vigorously. Playing the game takes about 60 minutes for two players.

There are some similarities between Starship Catan and other Catans - resources, upgrades, trading - but it is very different. Unlike other Catan games, this game board and sequence are interesting and the need to buy resources cheap and sell high is unique.

The game can take quite awhile. While it is published as an approximately 60 minute game, it can go for as long as 2 hours.